How to Make Coffee Less Bitter… 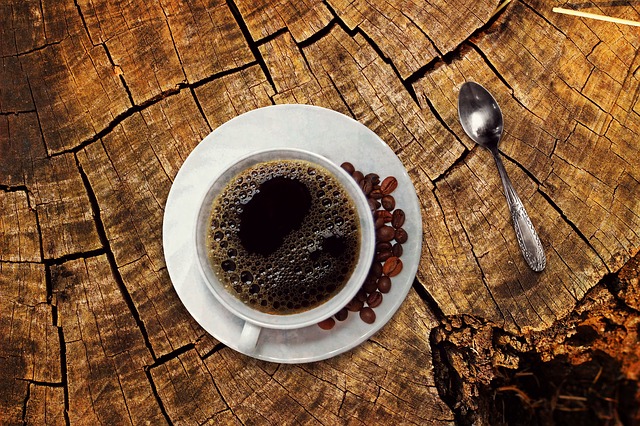 I like my coffee dark roasted, strong and black.  My wife complains that the coffee I make is bitter.  I decided to check if there was anything that could be done to improve my bitter brew…

After considerable research, I found there are 7 proven ways to reduce bitterness in coffee:

I am willing to make a few sacrifices for the sake of coffee harmony.  Medium roast arabica beans with a coarser grind and no distilled water…um, ok.  I’ll experiment a bit and find something I like.  Cream and sugar?…Decaffeinated?…No French Press?  NEVER!

Bitterness in coffee may be considered by some to be a negative.  You must understand, though, that Mother Nature PUT bitter compounds in coffee beans.  Caffeine alone makes bitterness unavoidable – caffeine is bitter!  Removing “bitter” from coffee is like trying to take “wet” out of water.  It is the nature of the beast.

At reasonable levels, bitterness is one of the signature flavor notes in a cup of coffee.  Without it, coffee would be sour and acidic.  Bitterness helps tame acidity, adds a favorable dimension and keeps everything in harmony.  However, at high levels, bitter coffee compounds can overpower the other components creating an undesirable effect.

Let’s look at each of these steps in greater detail… 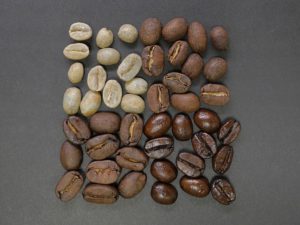 2 Do not Use Distilled Water

Bitterness is reduced in coffee brewed with either soft or hard water relative to distilled water.  Yet, distilled water is recommended for small appliances like steam irons and the coffee makers. The idea is that there is a lower chance for mineral buildup and scaling that can eventually cause damage.

But, the World Health Organization (WHO) tells us that consuming distilled water reduces the intake of magnesium, calcium, and other essential elements – which is not optimal for good health. WHO also adds that distilled water tastes flat and is unpleasant to drink.

You can continue to use distilled water if you are more worried about scale in your coffee maker than how your coffee tastes each morning. Your morning boost won’t taste great, but it will get the job done. However, if you’re all about the coffee flavor experience, skip the distilled water and make your coffee with cold tap water. You can always de-scale your coffeemaker with a vinegar flush occasionally.

3 Use a Drip Coffee Maker 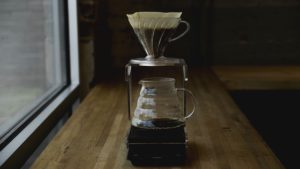 Brewing with a drip system reduces coffee bitterness compared to a French press or other soaking methods like Turkish or cowboy coffee.

Water flows into a heating element to boil.  The heated water flows into a drip area, where it is spread out to drip evenly on coffee grounds.  The hot water is gravity fed through the grounds and a filter before collecting in the pot below.  The advantage with this method is how fast it boils water and runs it through the coffee grounds.  Water is in contact with the grounds for a minimal amount of time – reducing the amount of soluble solids and bitterness that can occur.

With virtually no moving parts, drip coffee makers are almost as simple as French press pots, and just as reliable.  Because the coffee does not soak in water first, the coffee tends to taste less bitter.

Robusta beans cost about half as much as Arabica beans on the commodity markets because:

Robusta beans contain higher levels of both caffeine and chlorogenic acid than arabica beans.  This might sound like a good thing, but caffeine and chlorogenic acid are partly responsible for bitterness and astringent taste in coffee.   In fact the Robusta bean has 2.7% caffeine content, almost double the 1.5% of Arabica. Caffeine carries a bitter taste which makes it unpleasant to drink.  To reduce bitterness, reduce caffeine by using arabica beans instead of robusta beans.  Aribica beans tend to be used in higher grade coffees, robusta beans are used in cheaper, budget brews.

5 Use a Coarser Grind

In general, if the grind is too fine the coffee will taste bitter. If the grind is too coarse the coffee could taste weak.  A coarser grind reduces coffee bitterness. However, the proper grind size should always be used to ensure proper extraction for the brewing method chosen.  If a method calls for fine-to-medium grind, opt for the coarser of the two and choose medium.  The coffee will be less bitter than a fine grind, but still within the recommended grind size for that brewing method. 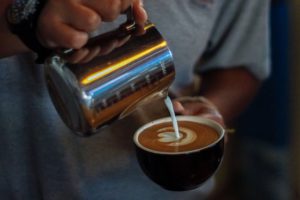 According to a paper from the University of York’s Structural Biology Lab, sugar causes a molecular change in brewed coffee that makes it less bitter. The study found that sugar affects coffee at a molecular level.  It doesn’t just mask coffee’s bitterness with sweetness, but it actually changes the molecular structure of a brewed cup of coffee to reduce bitterness and sour taste.

The fat content in cream and milk can counteract the bitterness in the coffee.  If you tend to drink your coffee black, but want to try this method, you can add a spoonful of cream or milk and taste the coffee to see if it is to your liking. You may then add more cream or milk if the coffee is still too bitter.

Decaffeinated coffee reduces the perceived coffee bitterness.  Coffee is made up thousands of chemicals. Some contribute to its taste, some to its aroma, and some (mostly caffeine) to its kick. The sheer variety of chemicals, and their differing amounts in different coffee beans, is what gives coffee its complex flavors. And it is this complexity that explains why decaf doesn’t really taste like real coffee.  The solvents used in the process take away not just caffeine, but many other chemicals in the coffee beans–including some that give coffee its unique flavor and scent.

Coffee Tastes Bitter, So Why Do People Drink It?

You’d expect that people sensitive to the bitter taste of caffeine would drink less coffee, right?  Wrong,  the opposite is true based on studies that have been conducted.  The results suggest coffee consumers acquire a taste for and an ability to detect caffeine.  Regardless of the bitter taste, there is a learned positive reinforcement by the positive effects caffeine delivers.  It may sound counter intuitive, but people who are super sensitive to coffee’s bitter taste actually drink more of it.

A Word About Caffeine

Pure caffeine is extremely bitter.  Its impact on the taste of a food or beverage depends on how much is in it, and what else is in it.  Many sodas, for example contain significant amounts of caffeine.  However, the caffeine content is so much lower than the sugar and other flavors that people don’t notice it.

Pure caffeine is almost too bitter to swallow unaided. Most manufacturers of commercially-available caffeine pills (such as NoDoz) have a thin sugar coating to make the pill easier to swallow.

Is coffee an acquired taste?  Most people love the smell of coffee brewing, but recoil the first time they taste it.  Yes, coffee tends to be an acquired taste.  Caffeine tastes bitter, but the boost it provides outweighs its initial bitter flavor.  Eventually, people not only associate the flavor with the boost, they move on to stronger brews, darker roasts and more potent versions – like shots of espresso.

Does Salt take the bitterness out of coffee?  Many people swear that adding a pinch of salt can cancel out the bitterness in a cup of coffee.  It only takes a small amount and you can either add it to the grounds before brewing, or directly into a brewed cup. This method is said to be helpful even with a cheap cup of bad coffee.  The theory is that salt bonds to the tongue and taste buds preventing the detection of bitter flavors.

How To Make Instant Coffee Taste Good – The most common complaint about instant coffee is that it has a bitter, almost sour taste.  Try mixing the instant coffee granules with a little cold water before adding any hot water. This is supposed to help cut down on the acidity and bitterness.  Also, the more stuff you add to it the better – like milk, cream, sugar and cocoa powder.

Can you reuse coffee grounds – Yes, you can.  If, you put a lot of stuff in your coffee and-saving a few cents is your ultimate goal – then reusing coffee grounds is worth experimenting with.  Check out this link for more information about Reusing Coffee Grounds and Used Coffee Grounds Hacks… 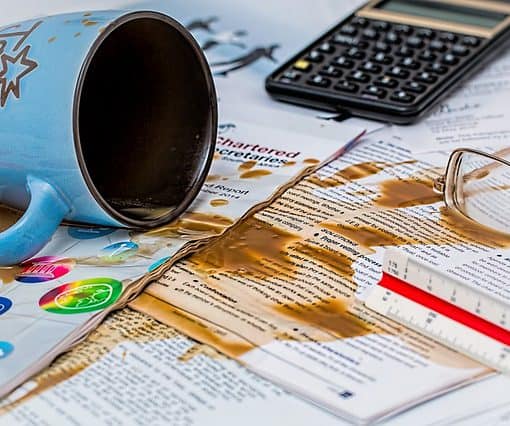 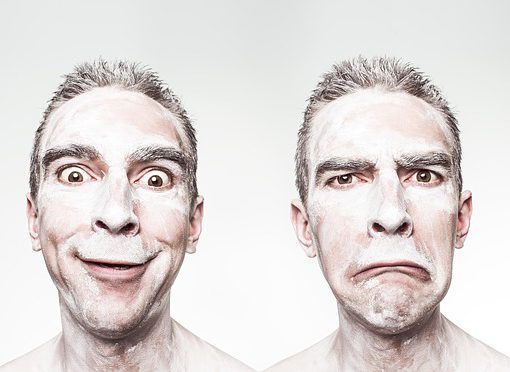 What is Caffeine Withdrawal? Caffeine withdrawal is a temporary reaction when a regular user of caffeine abruptly stops. Withdrawal symptoms can be […] 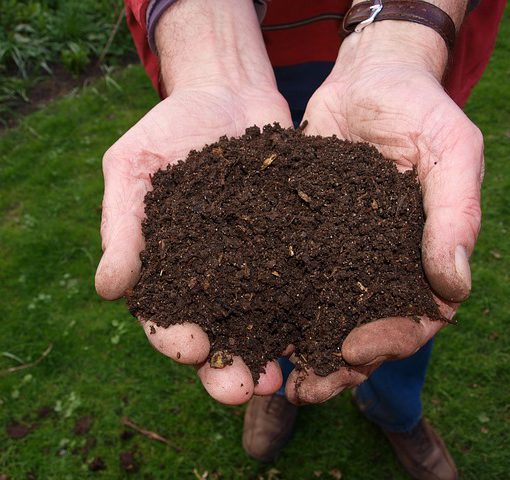 Can You Reuse Coffee Grounds?  Yup, Here’s How… Are you a coffee snob? Do you grind your coffee yourself and savor your […] 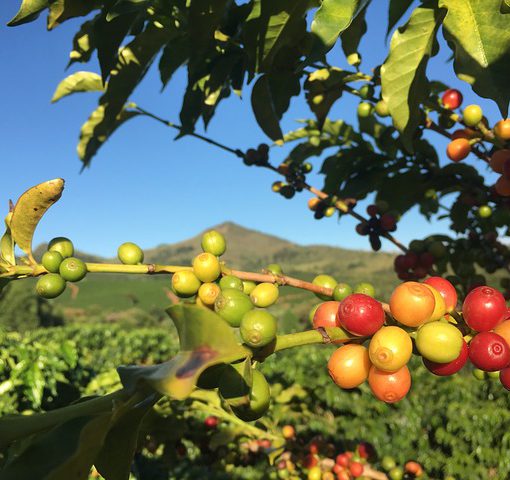 What is Arabica Coffee? Types of Coffee Beans: Arabica vs Robusta vs Liberica   The world drinks Three BILLION cups of coffee […]